Ski tours from hut to hut over several days are considered the supreme discipline of the Ski touring. Since you spend every day in a different terrain chamber, it means constantly choosing the right route strategy and adjusting it if necessary. Having several stable days in a row in the high mountains is a rarity anyway. On a ski tour lasting several days, you must therefore always expect to be out and about for a day or two in poor visibility and weather conditions. Especially in winter, this makes route finding and recognising danger signs all the more difficult. Multi-day ski tours therefore require excellent tour planning, a prudent approach and ideally always a plan B up your sleeve.

Here are my top 3 for multi-day ski tours in Austria:

The Silvretta is a mountain group in the three-country region between Tyrol, Vorarlberg and Switzerland. A ski traverse of the Silvretta with its imposing three-thousand-metre peaks is a great experience for advanced ski tourers. Along the way, very well-equipped Alpine Club huts offer accommodation for ski tourers: Heidelberg Hut, Jamtal hut and Wiesbaden hut. Of course there are different variants of the Silvretta ski crossing. A four-day variant starts in Ischgl and leads via the Heidelberger Hütte and the Jamtalhütte to the Wiesbadener Hütte. The obligatory highlight of the multi-day tour: the ascent of the 3312-metre-high Piz Buins, the highest peak in Vorarlberg.

The still heavily glaciated Ötztal Alps are a ski touring area par excellence. The Ötztal Haute Route, also called the "Venter Runde", is one of the most famous multi-day ski tours in Austria. Depending on the route, classic peaks such as the Fluchtkogel, Wildspitze or Similaun are climbed on the five-day ski circuit. My favourite variant of the Ötztal ski crossing, however, starts in the Pitztal and leads via the Wildspitze to Vent, on to the Similaun Hut and then via Hochjochhospiz and Vernagthütte back to the Pitztal.

The Sellrain Valley, short Sellrain, is a side valley of the Inntal in Tyrol. It belongs to the Northern Stubai Alps and is known as a true ski touring paradise. Besides the well-known and much frequented fashionable peaks, there are numerous quiet peaks and lonely cirques to discover in the Sellrain. The four-day ski tour through the Sellrain also offers beginners a good opportunity to gain their first experience on multi-day ski tours. On the ski traverse through the Sellrain, the bases are the Westfalenhaus, the Winnebachseehütte and the Schweinfurter Hütte. The traverse ends in the winter sports resort of Kühtai or in the hamlet of Haggen.

What do I need to take with me on a multi-day ski tour? View tips & packing list now!
TO THE PACKING LIST

from 100,00 per person/day
Individual ski tours with a ski guide. Safely on the move with a professional guide. Guided ski tours: Pitztal - Ötztal Alps - Silvretta 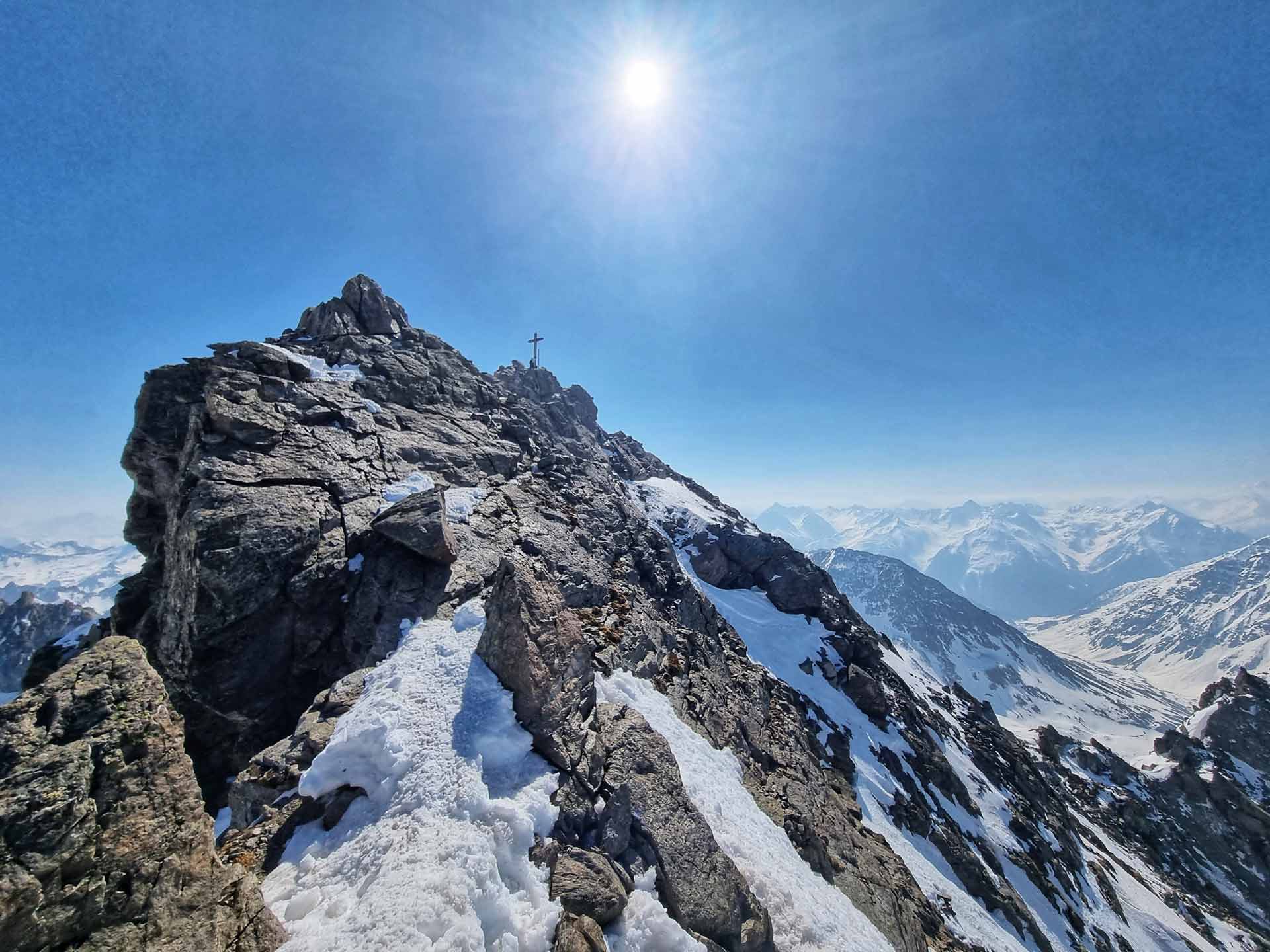 Dates on request
550,00 per person
Guided ski tours in the Silvretta with an ascent of Piz Buin as the highlight. Overnight stay at the Wiesbadener Hütte. With a state-certified ski guide.

Ski Touring Round between Kaunertal & Pitztal

Date on request
470.00 per person
Ski tours on less frequented routes between Kaunertal & Pitztal in Tyrol. With a state-certified ski guide. 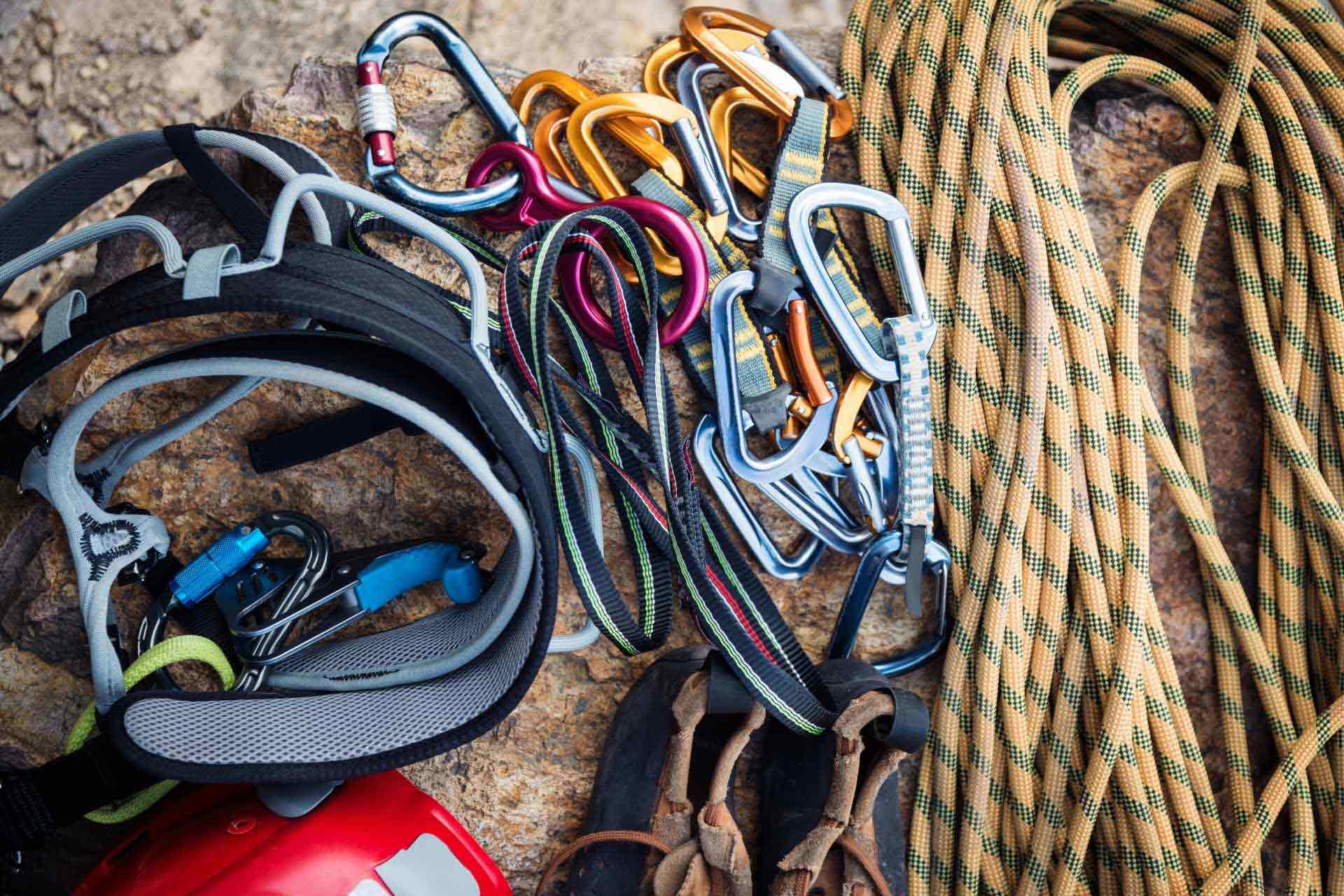 What should I take with me on a multi-day ski tour? View our packing list now.

What is my skiing level?

What is "strategic avalanche awareness"?

Strategic avalanche awareness is an attempt to make a decision in potentially avalanche-prone terrain.